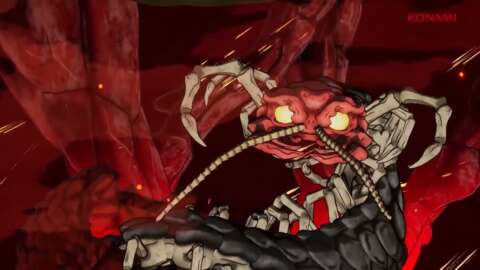 Last month, Konami dropped a surprise announcement that 1987 platformer Getsu Fuuma Den was being remade by indie studio GuruGuru as GetsuFumaDen: Undying Moon. A new interview with Konami producer Shin Murato, who worked with GuruGuru on the remake, has teased that there are more outsourced projects involving Konami IPs on the horizon.

In an interview with JPGames, as quoted by Video Games Chronicle, Murato said that Konami had approached GuruGuru with the project as it was familiar with the indie studio’s work. “They had been exploring new approaches for graphical design and thought they would be a great fit for this IP,” Murato explained. “It also helped that there were fans of the original GetsuFumaDen game within the GuruGuru team.”

“In terms of other collaborations, please wait for future projects like this!” Murato teased, but wasn’t ready to reveal anything more specific. Sadly, with Konami pulling out of E3 2021 due to being in “deep development on a number of projects”, it doesn’t seem like we’ll see these new collaborations announced soon, either.

Rumors about Konami’s biggest IPs abound, however, including hints that two new Silent Hill games may be in production with third-party developers. A report from earlier this year suggested one game was in the works with an unnamed Japanese developer, while hints from The Medium developer Bloober Team have led some to speculate that the Polish studio’s next game will be in the Silent Hill franchise as well.

Another report claimed that Until Dawn developer Supermassive Games had been approached by Konami to develop a Silent Hill game, but that the collaboration ultimately came to nothing.