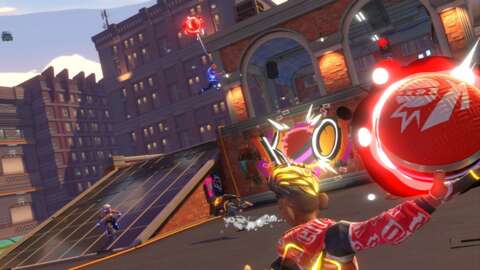 Knockout City, the competitive dodgeball game, is getting a summer-themed event called Heatwave. Announced during GameSpot’s Play For All Live stream, the Heatwave event–which runs from June 22 through July 5– will add new items, contracts, and playlists to the game.

Players can earn new items by collecting Ice Pops hidden throughout the Knockout City matches, which can be used to unlock new items, like an Ice Cream Truck glider or an intro-pose where their character lounges in a beach chair. Players can also earn Heatwave tickets by playing, which can be used in the Heatwave Event shop. Lastly, anyone who completes all of the Heatwave limited-time contracts will unlock a Legendary Ultimate Hologram, the Fire Hydrant.

Knockout City launched with a successful free trial period, where over 5 million players played the game. It now offers a free trial up to level 25 for new players and has had multiple updates–including a new game mode–since it launched in May.