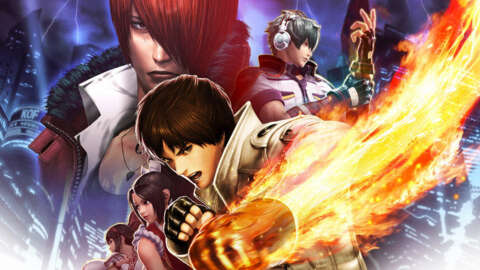 King of Fighters XV will not be coming out in 2021, SNK recently announced. The famous fighting game franchise hasn’t had a new entry in quite a few years, but fans will have to wait until the first quarter of 2022 (January to March) to play the next game in the series.

SNK stated in a tweet on Tuesday that the delay is due to rising COVID-19 cases within Japan affecting the development of the game. The most recent King of Fighters game, XIV, was released back in 2016 to positive reviews. King of Fighters XV is likely to come to current-gen consoles like the PS5, Xbox Series X, and possibly PC.

[Announcement]
Due to rising cases of COVID-19 within Japan, the development timeline for KOF XV was adjusted, with the release window changing from 2021 to Q1 2022.
We apologize and thank you for your understanding and patience. #KOF
News releasehttps://t.co/ZxJaprg6gc pic.twitter.com/1fUNfB0GG1

SNK has been teasing King of Fighters XV for months now, particularly its updated graphics. Previous character reveals have indicated that fan favorites like Kyo Kusanagi, Mai Shiranui, K’, and Terry Bogard will be in the game. SNK also confirmed that the game will feature rollback netcode, a very important feature to fans who want to have the best possible online experience.

In our review of King of Fighters XIV, critic Matt Espineli called the game a satisfying entry in the long-running series, but he faulted the game’s subpar graphics as distracting and bland.

“With plenty of opportunities available online or off, KOF 14 is a well-executed addition to the revered fighting series,” he wrote. “Those disappointed in its new visuals may be unwilling to give it a chance, but if you remain steadfast in parsing through the multiple layers of its mechanics, you’ll be rewarded with one of the most accessible, satisfying entries in the series to date.”