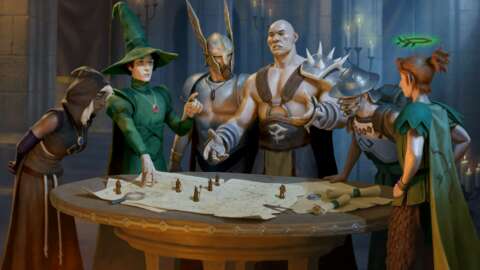 Proving that sometimes you can teach an old dog new tricks, Jagex has introduced a clans system to its long-running MMORPG OId School Runescape on both mobile devices and PC.

Players can head to the in-game Clan Hub located in the Grand Exchange to begin the clan-building process, and also to access Clan Hall. Clans will have their own Clan Halls, chat rooms, and other unique perks.

In order to create a Clan, players will need at least 25 hours of playtime and at least five players in the Clan Hub at once. Up to 500 players, according to the official website, can join a Clan. Creators of each clan have a full suite of options available to them at any time, including access to applicants, assigning permissions to members, and the ability to remove Clan members as needed.

More updates are coming to Old School Runescape with Clans, including a toggle that allows players to switch between Modern and Classic music, as well as a new quest called Theatre of Blood coming June 2.

Old School Runescape is a mobile and PC adaptation of the seasoned MMORPG’s original format, which launched in January 2001. The “Old School” version launched in February 2013 and is based specifically on the August 2007 version of the game.