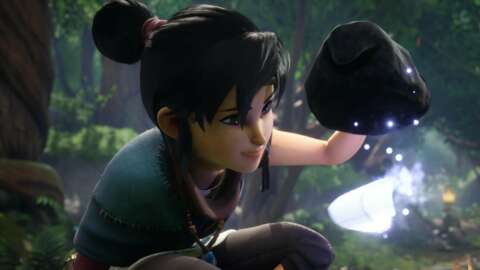 Games are taking center stage alongside movies at the Tribeca Festival this year, with the annual film-focused event having an entire category dedicated to video games for the first time. This year will also see the debut of the Tribeca Games Spotlight, a livestream set to include exclusive gameplay from upcoming games that have been nominated as Tribeca Official Selections, such as PlayStation 5 exclusive Kena: Bridge of Spirits.

The Tribeca Games Spotlight will include interviews with the creators of the games featured as well as include special appearances from game and film industry icons like Hideo Kojima, Reggie Fils-Aimé, and more.

How To Watch Tribeca Games Spotlight

The Tribeca Games Spotlight will be streaming on YouTube, Twitch, and as part of Summer Game Fest. The stream will also be viewable from the official Tribeca Festival website.

A number of big names in both the world of video games and films are set to make appearances, which should keep the showcase fresh. Remedy’s Sam Lake will be there, as will director Guillermo del Toro and a whole host of other directors, actors, and game industry figures.

Games wise, the Tribeca Official Selections which will be featured during the stream are:

Kena: Bridge of Spirits is one of the next big PlayStation 5 exclusives, so a more detailed look at the upcoming title should offer some new details on what players can expect when it arrives later this summer. For those looking to go hands-on with any of the Tribeca Official Selection titles, starting June 11 players can actually sign-up and book a demo appointment for the games via the Tribeca Games website, using the streaming service Parsec. More details on how to sign up can be found here.

For those in New York City, Rockstar Games will be presenting a special concert performance of the Red Dead Redemption 2 soundtrack on June 10 as part of the Tribeca Festival.