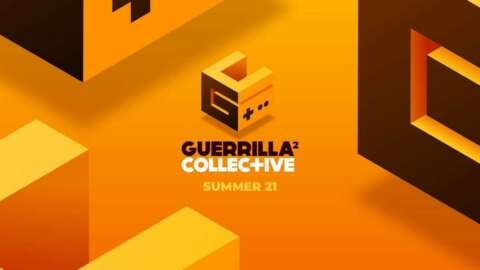 E3 is fast approaching, and Guerrilla Collective will once again be putting on a digital games showcase full of announcements, gameplay, and trailers from a variety of publishers across the industry to coincide with the summer game season. The event will take place on the first two Saturdays of June.

Day 1 of the Guerrilla Collective digital event will be on June 5, with more than 28 games detailed on the event’s official site set to be featured in some capacity, with “lots exclusives” set to be revealed the day of the event. The stream starts at the times below:

Day 2 of the Guerrilla Collective digital event will be on June 12, with even more games set to be featured and additional exclusive announcements. The stream starts at the times below:

How To Watch Guerrilla Collective Stream

The Guerrilla Collective stream will be available for viewing on the event’s official Twitch channel.

On the June 5 stream, Bloodstained: Ritual of the Night is slated to make an appearance. It recently became known that the popular Metroidvania title may be getting a sequel, so it’s possible it could make its debut here. Much the same can be said about Ghostrunner, which is set to appear in some form on the June 12 stream. It was recently announced by publisher 505 Games that Ghostrunner sequel is currently in development for PlayStation 5, Xbox Series X, and PC, so an announcement trailer premiering during the show would definitely make sense. As for what else Guerrilla Collective has in store, fans will just have to tune in and find out.

Here is a list of games confirmed to be featured: