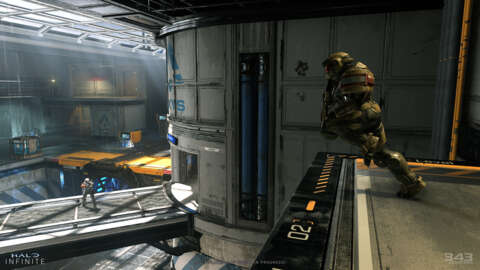 One of the new features coming in Halo Infinite’s multiplayer mode is called the Academy, which will give new players an opportunity to get used to how Halo multiplayer works. Developer 343 Industries has recently explained more about how the Academy will work in both the full game and this weekend’s beta test.

In a new video, the studio went into detail on how the Academy serves as a tutorial and entry point for newcomers to Halo multiplayer. In the full game, it’ll be broken down into three elements. The first is a conventional tutorial that explains the fundamental controls and mechanics of the game, but it’ll also introduce new players to some of the lore surrounding Halo’s multiplayer. From there, players can jump into weapon drills, which allow for experimentation with the game’s arsenal. Finally, the Academy will also include a mode where you can play multiplayer matches, either alone or with teammates, against bots across all of the maps.

In the technical preview kicking off today, players will be able to try out weapon drills. You can see what these look like in the embed above; in essence, this mode gamifies learning how to use Halo’s weapons. While the version in the preview will be limited, 343 Industries stated that weapon drills will likely be more complex in the full version.

The studio has been unveiling a lot more info about the game ahead of the beta’s launch, such as an overview of the game’s settings as well as some lengthy gameplay on an Xbox One. The tech test will run from July 29 through August 1. As with all beta tests, things may change from now until when the full game launches later this year.