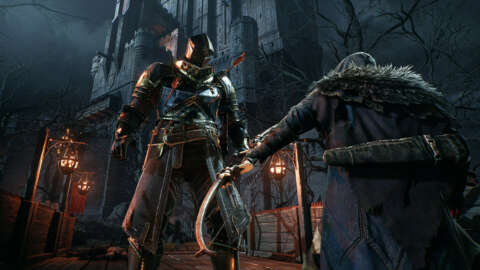 The thiefly multiplayer game Hood: Outlaws & Legends received a new patch recently, and it makes some minor but significant changes to the game. These shifts include assassination behavior, how stunlocking and staggers work, as well as several bug fixes.

First, Patch 1.4 nerfs the assassin pretty significantly. Assassinations can now be interrupted if players manage to do damage to the assassin above a certain threshold. According to the patch notes, most basic attacks meet that threshold, so assassins need to be a bit stealthier if they want to get that backstab.

Similarly, players can avoid getting staggered more consistently by dodging and blocking now. Seems the developers felt that there were too many situations where players were getting stunlocked to oblivion, so this change should help alleviate that.

Additionally, “The Ballad Unfolds” and “The Ballad Ends” Trophies should be working now, though players who already fulfilled their requirements won’t have it automatically unlocked. According to the patch notes, that fix will be coming in the next update. Also, Epic Game Store players can now invite Steam players to their play groups.