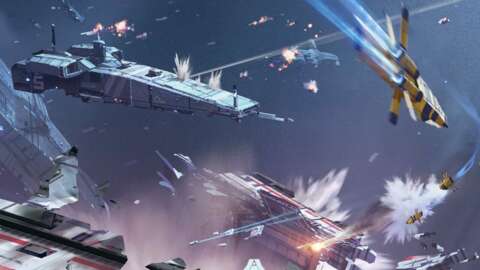 Fig users who backed Homeworld 3 during its initial crowdfunding campaign will no longer be able to invest in the game’s potential success or shares, according to a new email that was shared between backers. The email explained that “everything is on track with Homeworld 3’s development” but due to “recent changes at Gearbox”, reservations for investment in the game would no longer be collected or offered.

“We know that this will come as a disappointment to some of you that were waiting to invest in the success of this incredible game,” the email reads.

Unlike other games such as Double Fine’s Psychonauts 2 and InXile Entertainment’s Wasteland 3 that used Fig for crowdfunding and then paid out benefits to users after those studios were acquired by Microsoft, backers were never charged upfront for the chance to purchase shares in Homeworld 3. The intellectual property rights to the Homeworld series were purchased from THQ in 2013 by Gearbox, with that company being acquired by Embracer Group in a $1.3 billion deal.

“Those opportunities paid handsomely to investors,” Fig CEO Justin Bailey said to GamesIndustry.biz. “The difference between those and Homeworld 3/Gearbox is that those reservations were collected in advance of the acquisition. We went through the reservations process and then opened up and concluded the investment process. In the case of Homeworld 3 and Gearbox, the acquisition took place after the reservation process but before the investment process.”

As for what the Gearbox acquisition means to the people who backed the Homeworld 3 campaign when it began in 2019, Bailey explained that “backers will receive their goods” as people had already invested in the creation of the game in exchange for the final product.

Gearbox originally wanted a single dollar for the game that was already “on a solid foundation, funding-wise” and at the time of writing, the current campaign has crossed the $1.5 million mark thanks to 8,414 backers.

Meanwhile, Gearbox Software has announced its plans for E3 2021 which includes a 30-minute broadcast that could show off the studio’s rumored Tiny Tina spin-off game, Wonderlands.