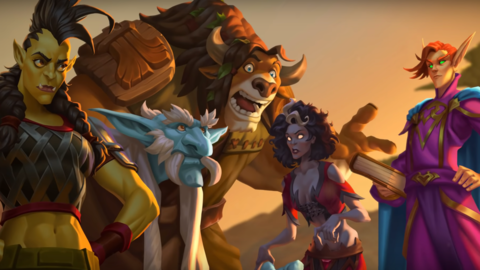 Hearthstone’s Forged in the Barrens expansion is getting a mini-set expansion that will increase the total card pool. The Wailing Caverns mini-set is coming on June 3, adding another 35 cards to the overall Barrens set. This will bring the Barrens grand total up to 170 cards.

Blizzard promises that the new set will include four new Legendary cards based on characters from World of Warcraft’s Wailing Caverns, more minions that interact with the new Spell School mechanic, and the ability to summon 2/2 tokens with bonus effects like Poisonous or Divine Shield.

This mini-set represents a relatively recent approach from Blizzard, which started adding mini-sets with only the previous expansion, Madness at the Darkmoon Faire. Unlike full set expansions or Adventures, these new mini-set cards will be automatically folded into the rest of the Barrens expansion. That means you can collect them by opening Barrens packs, including from any Barrens card packs you already have laying around waiting to be opened.

If you want to skip that step and just get the cards outright, you can buy the full 66-card set (4 single-card Legendaries plus doubles of the remaining 31 cards) for $15 or 2,000 gold.

As Blizzard noted when Barrens first launched, the collection-based achievements for the Barrens set are remaining unchanged. So with 170 cards in the Barrens set in total, it will be easier to get the achievement for collecting 135 cards.