Skip to content
Homepage / Check it out / Halo: MCC Could Potentially Get Bigger Player Counts, Up to 60 Players 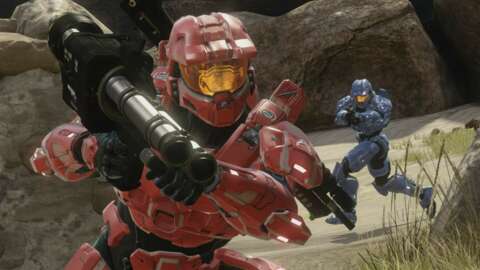 Bigger player counts, potentially all the way up to 60 players, could be coming to Halo: The Master Chief Collection multiplayer in the future, according to a 343 Industries producer.

On a segment of an official Xbox Twitch stream in which Master Chief Collection was being played (and clipped by Halo content creator Mint Blitz), 343 Industries producer Sean Swidersky says the team is currently investigating whether it would be possible to bring higher player count matches to the collection of classic Halo games.

343 Industries is doing investigations on increased player counts beyond 16 players for Halo MCC!
Up to 40-60 players potentially. pic.twitter.com/Lh9kWZg0Ch

“Halo’s epic, if we can add more people, which you can, but obviously performance on some of the other consoles…if we can add that kind of stuff to go higher than 16 players in these classic games, hell get up to 40, 60, that’d be wild,” Swidersky says.

Halo multiplayer traditionally has a max player count of 16, something that will actually be changing with Halo Infinite, which will increase the max player count to 24 on certain maps. It’s unclear if an increased max player count for Master Chief Collection would be relegated to only custom games, or if it would become its own matchmaking playlist players could opt into.

Master Chief Collection is still going strong, with the game regularly receiving new seasons that add new challenges, new cosmetics, and even new maps, to games like Halo 3 and Halo: Reach. Master Chief Collection, which is now available across Xbox platforms, Game Pass, and on PC, has been a bit of a comeback story for 343 Industries. The game’s original launch in 2014 was plagued by matchmaking issues and various bugs. Since then, 343 Industries has put considerable time and effort into improving the experience, as recently highlighted by improving the visuals of Halo: Combat Evolved to more closely match the original Xbox version of the game.