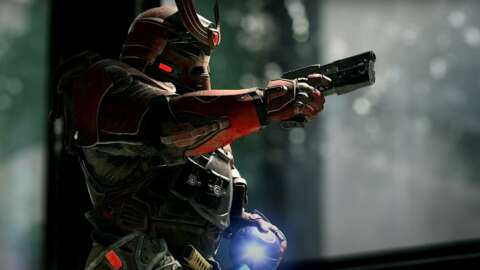 One of the main pieces of armor customizations are the armor cores, which serve as a base for your Spartan. Some of the armor cores will be based in the Halo Infinite lore, like the Mark VII armor shown in the video. Other armor sets like the previously revealed Yoroi armor, which is designed to look like Samurai armor, are considered fractured cores, and exist outside of the Halo Infinite lore.

To demonstrate how this works, 343 Industries showed concept art with 15 different armor styles for Yoroi armor. While the base of the armor remains the same, different aspects of it can be changed to a player’s liking. Some of the armor shown had a katana attached to the hip, while others had throwing knives. There are different chest plate options and the option to add a bandolier of bullets. The developers said that the idea behind this is to make each armor core feel like a unique character that people are playing, while still offering in-depth customization.

Another customization option shown was the ability to equip prosthetics on any of the four limbs, or all of them. The developers said that not only do the prosthetics add another layer of customizations for players, but they also allow players to represent themselves.

The full livestream offered a look at many at both Halo Infinite multiplayer gameplay and some of the features included in the upcoming technical test, including the first look at Halo Infinite running on an Xbox One and a look at the Academy, which will teach new players the ropes of Halo Infinite.

The first multiplayer beta for Halo Infinite starts today for anyone who was invited and the full game is set to release Holiday 2021.