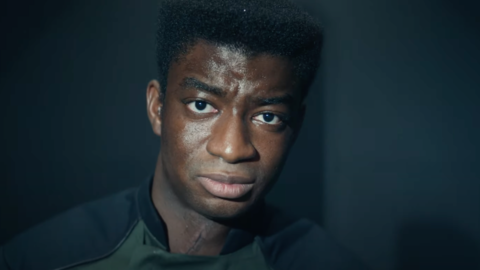 With Halo Infinite’s December 8 release date closing in, Microsoft’s marketing machine is kicking into high gear. A new video from the UNSC Archives teaser campaign features a UNSC soldier sharing an emotional story through sign language about a difficult battle that ultimately led to the discovery of the energy shield technology that would be used for the Master Chief’s suit.

“Assigned to a freighter escaping the destruction of Harvest, two Marines confiscated alien energy shields while defending passengers from an enemy boarding assault,” reads a line from the video’s description. “Their heroics led to a technological breakthrough that accelerated the development of the Master Chief’s defense system.”

This appears to be the first in a series of UNSC Archives videos that will dig into the “untold stories of humanity and heroism” from the Halo lore.

Halo Infinite was originally supposed to launch in 2020, but Microsoft delayed the game a full year due in part to the shift to working from home as a result of the pandemic. The game is now scheduled for release on December 8 across PC, Xbox One, and Xbox Series X|S.

The multiplayer element is a free standalone game, while the campaign is a separate, paid product. Both are available with Game Pass, however.