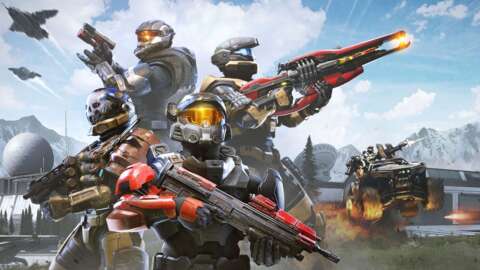 Players are digging into Halo Infinite’s free-to-play multiplayer several weeks earlier than expected, and while it seems fans are enjoying 343 Industries’ latest from a gameplay perspective, the game’s battle pass progression is leaving something to be desired.

Halo Infinite doesn’t reward battle pass XP from matches, medals, or performance. Instead, all progression is tied to completing daily and weekly challenges. While that sounds okay in theory, many of the game’s weekly challenges are incredibly specific–such as killing an enemy Warthog or killing enemies with a specific type of weapon. While players can use challenge skips acquired in the Battle Pass (or purchased outright) to get new weekly challenges, there’s still a chance of receiving a challenge even less appealing than the one players are already looking to get rid of. Completing all weekly challenges is also tied to receiving special cosmetic rewards, something that is frustrating when some challenges are far more annoying to complete than others.

That means once you’ve played more than a few hours on a given day, your progression grinds to a halt, with it requiring more and more matches, and eventually winning multiple matches, to make any kind of dent in the battle pass. Combined with weekly challenges that often are requiring players to do very specific tasks or use weapons or vehicles they might not normally use, and it’s understandable why the XP and battle pass progression system is the hottest topic right now on Halo’s subreddit.

Changes to Halo Infinite’s progression system is something 343 has already discussed in an Inside Infinite blog post from September.

“We have heard community feedback around wanting more progression options including things like “match XP” to feed into the battle pass and an entirely separate, incremental system along the lines of earning SR152 in Halo 5: Guardians,” Halo community manager John “Unyshek” Junyszek wrote in the blog post. “Expanding Multiplayer progression offerings is something the team is actively exploring, and we look forward to continuing to evolve the experience in future seasons post-launch.

Junyszek goes on to state in that same blog post that the team is optimistic that the system at launch “will give players adequate means of continually having something to accomplish and a means to progress” and that 343 does expect the systems to evolve alongside player feedback. Halo community director Brian Jarrard has also said the team is looking at battle pass progression and for players to continue sharing feedback.

Thank you to everyone who has jumped into the #HaloInfintie beta so far! FYI the team is looking at Battle Pass progression and gathering data from yesterday’s sessions and we’ll share updates as we have them. Please continue to share feedback and raise flags as you see them. 1/3

While Halo Infinite’s battle pass is currently a bit of a slog, players will have a while to work on unlocking all of season 1’s cosmetics and rewards. The game’s first season will be several months longer than originally planned and will conclude in May 2022, with 343 looking to take the extra time to finish season 2 in a “healthy and sustainable way for our team,” 343 has stated. Subsequent seasons are planned to last three months.

Halo Infinite battle passes will, thankfully, never expire either. Players will be able to continue making progress towards the game’s first season even after May 2022, as players can choose which battle pass to put their XP towards. But as someone on Reddit has pointed out, a battle pass that doesn’t expire isn’t much help if it still takes far too long to level it to completion.

It’s at least clear 343 Industries knows the progression and battle pass system could use some work, and have known for months now. But changes like an entirely new progression system won’t happen overnight and likely aren’t coming to Halo Infinite anytime soon, so players will simply have to be patient in the meantime.