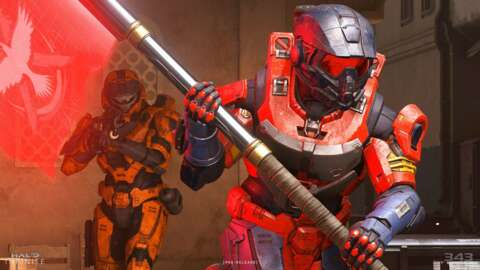 A Halo Infinite player has discovered a way to unlock split-screen in the multiplayer beta, although 343 has yet to announce plans for the feature and it is not officially supported. Reddit user u/freebeens discovered that it is possible to play offline multiplayer against bots via local split-screen by taking advantage of an exploit that seems to be extremely involved.

This apparently only works on Xbox–not PC–and players need to follow a very specific set of instructions and button presses to get it to work. As usual, it might not work for everyone, either. This method also takes players into the custom games menu, which is not officially supported in the beta.

Check out u/freebeens’ full writeup to learn how to enable split-screen multiplayer in Halo Infinite.

343 confirmed in August that Halo Infinite will have split-screen support at launch this December for multiplayer, even though it’s not officially unlocked in the beta. It isn’t all good news for split-screen co-op, however, as campaign co-op and Forge won’t be available at launch and will instead come in 2022.

Halo Infinite’s multiplayer kicks off today, October 1, and runs all weekend. It builds upon last weekend’s beta test and adds the 12v12 Big Team Battle mode, which features Destiny-style loot caves full of powerful items. Additionally, BTB matches include ordnance drops, with Pelicans flying over from time to time to deliver new equipment. For more, check out this guide to everything you need to know about Halo Infinite BTB.

In addition to BTB, this weekend’s beta test will include 4v4 Arena Slayer and matches against bots to help hone your skills. Everyone who plays 10 matches will receive a special emblem.