There’s an uncontested rule that giant robots make everything better, from film and television to video games and quickly settling disputes with your neighbors. Until the technology to make a massive machine in your backyard is readily accessible and affordable though, the next best thing is to construct more conveniently sized mecha on your desk.

If you’ve ever been a fan of giant robot-on-robot action, you’ve likely come across Gundam, Japan’s finest pop culture export since Godzilla. Over the course of several decades, the franchise has grown from its anime roots and expanded into the realm of film, video games, and model kits.

These Gundam plastic kits–or Gunpla for short–are an absolute treat for anyone who enjoys the franchise or simply appreciates the process of building a model. Each one is also highly poseable, and the actual construction process is surprisingly simple. All you need is a sharp knife and some side-pliers, and you’re good to go. You can of course take things a step further with files, specialized markers, and custom paint, but you’re going to want to learn how to walk before you start planning for an entry in the Gundam Builders World Cup Championship next year.

Here’s what you need to get started in the world of Gunpla. 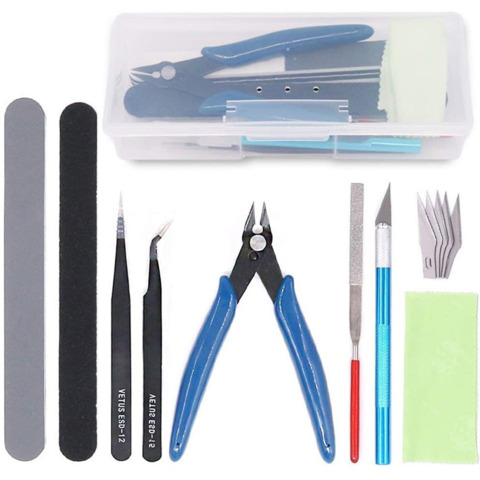 You’ll need some tools to help you with your Gundam model kit building, and you can easily find what you need at building supply and art stores. Decently-sized pliers and a hobby knife can help trim any loose pieces of plastic from each part on a runner tray, but if you’re looking for a reliable starter kit, Keadic’s hobby kit is a good choice. It comes in a nice container, it has the right pliers for the job, a hobby knife with spare blads for more surgical precision, tweezers for inserting delicate parts, and several sanding tools.

Basically, everything that a beginner could want. 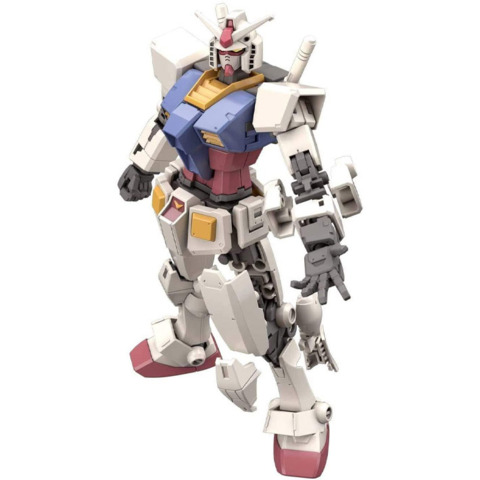 For your first model, the 1/144 scale High-Grade kits are an excellent starting point. They’re surprisingly detailed and posable, but the building process will gently ease into the art of Gundam construction without breaking your bank balance. And what better way to get started than with the original Gundam, the RX-78-2? A classic design that has stood the test of time, this model has impressive articulation and is easy to snap together.

It comes with the RX-78-2’s trademark blaster and shield, and once completed, it’ll proudly strike a pose on your shelf. 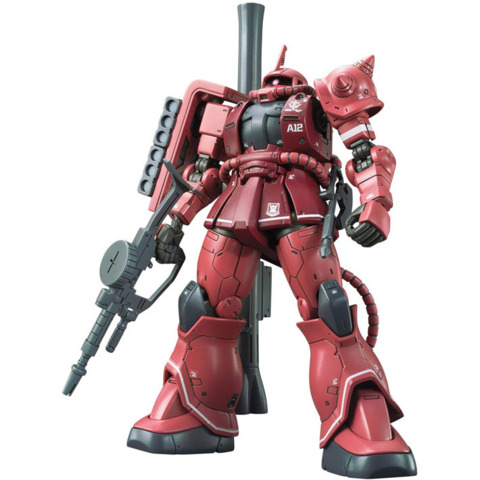 Every hero needs a villain, and Char Aznable is one of the all-time greats in anime history. Piloting a custom Zaku mobile suit that earned him the title of the Red Comet, the 1/144 scale version of this machine has been updated with a few new groovy aesthetics pulled from Aznable’s origin story mini-series that’s more in line with modern interpretations of Gundam. Like the RX-78-2, it has a high degree of articulation, plenty of guns, and a striking crimson color scheme. 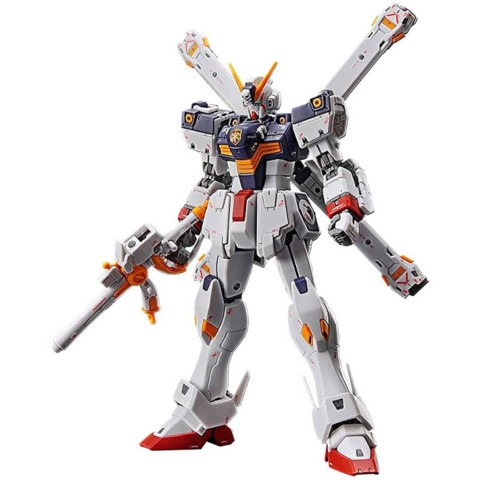 All Gundams look brilliant, but only the Crossbone X1 is capable of donning a cape and looking stylish at the same time. Striking an eye-catching balance between classic 1990s mecha designs and space-pirate themes, this particular model is a tad bit harder to construct than the examples listed above, but the end result is well worth it. With quality components and a modest number of parts to snap together, this is one Gundam that can turn heads easily. 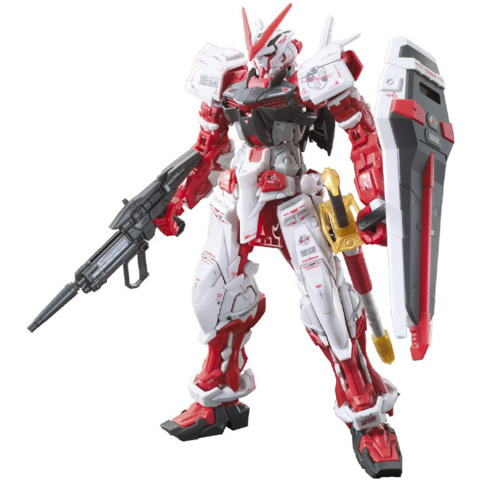 The Astray Red Frame Gundam checks all the right marks for a mobile suit, but more importantly, its signature feature is a huge sword that it can use to carve its way through enemies. A fun blend of challenging and accessible, this particular can be assembled in a handful of hours and packs a ton of extra parts such as a jetpack, beam sabers, and a sturdy shield. It was made to strike a pose, and you’d be surprised at the superb balance this model has when placed in outrageous positions. 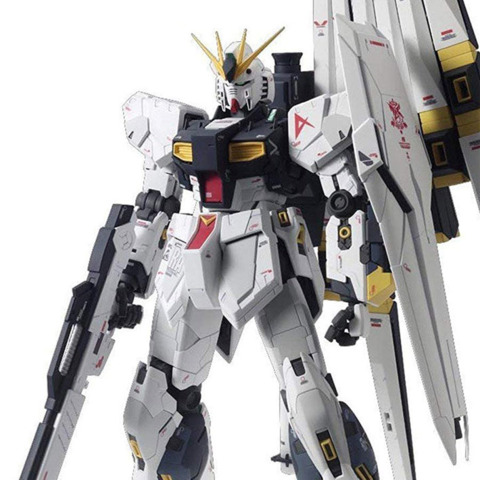 Congratulations! You’ve graduated from the 1/144 scale school of high-grade figures to the 1/100 university of Master Grade Gunpla building. The best kit to celebrate your enrollment in this new challenging field of education is easily the Nu Gundam mobile suit that appeared in the film Char’s Counterattack. Widely considered to be one of the best Gundam designs of all time, this model features contemporary aesthetics as part of the Ver.Ka line and is guaranteed to be an attention-getter on your shelf.

Not to be confused with the island nation in the Caribbean, this Gundam from Iron-Blooded Orphans is a departure from the traditionally boxy designs seen so far. Leaner, meaner, and carrying an arsenal of brutal melee weapons, the 1/100 Barbatos Gundam combines devilish design choices with exposed parts and flexible articulation. It’s a constant best-seller thanks to these mechanical flourishes and a build process that allows you to appreciate its core frame before you start attaching armor pieces to it. 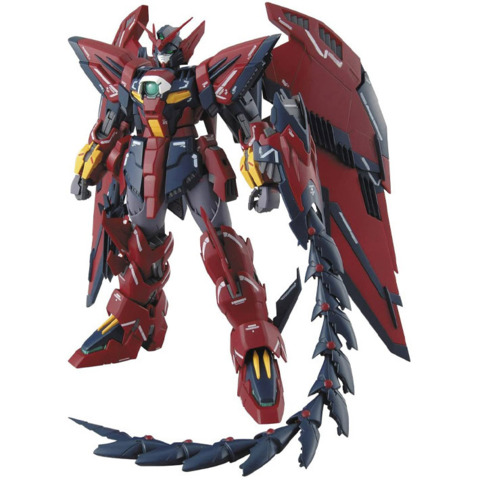 Speaking of devilish Gundams, the Epyon EW goes the extra mile with that theme, and stands out further from the pack with its crimson armor, sharp lines, and deadly articulated whip weapon. The Epyon can also transform into its iconic Dragon Flight mode once fully assembled, living up the legend that its animated counterpart set in the Endless Waltz series. A more challenging build compared to some figures on this list, the Epyon is still a mobile suit with a design that was light years ahead of the curve when it first debuted on television. 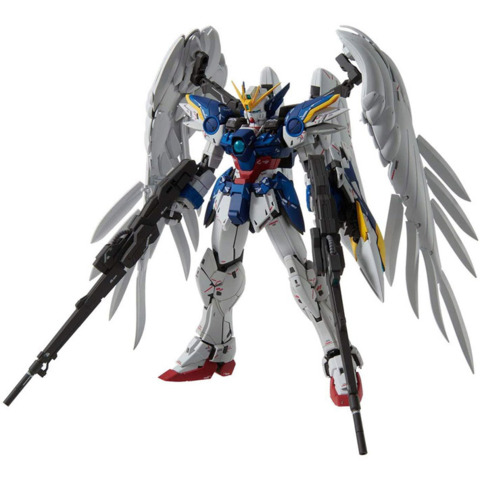 For a more angelic alternative, the Wing Gundam from the Ver.Ka line packs a sharp-dressed mecha appearance with its trademark wings. A pair of buster rifles make for solid offensive options, but the real charm of this figure is the presence that its deceptively divine appearance can give off, before you transform this Gundam into its Neo Bird Mode. One of the more enjoyable builds on this list, the Wing Gundam is a mobile suit option that’ll leave you completely satisfied with what you’ve created by the time that you’ve nipped the last part out of the runner tray. 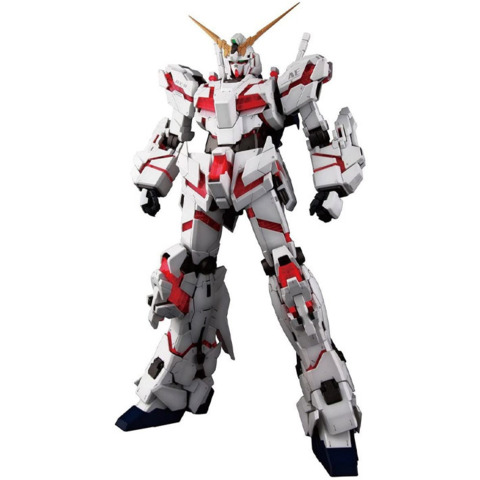 It’s time to earn your doctorate in Gunpla construction, as you’ve reached the highest tier of this hobby: Perfect Grade kits. At 1/60 scale, these are massive projects that can take several days to complete, but the benefit to this vastly more complex grade of model is that they have an incredible amount of extra detail. The Unicorn Gundam is a prime example of this range, as not only can you spend dozens of hours building a chunky mobile suit, you can marvel at how it becomes a bigger bot when it transforms and shows off its translucent parts.

If you’re prepared to go a step further, you can even purchase an LED light kit that goes inside the Unicorn Gundam, making it an even more special build. 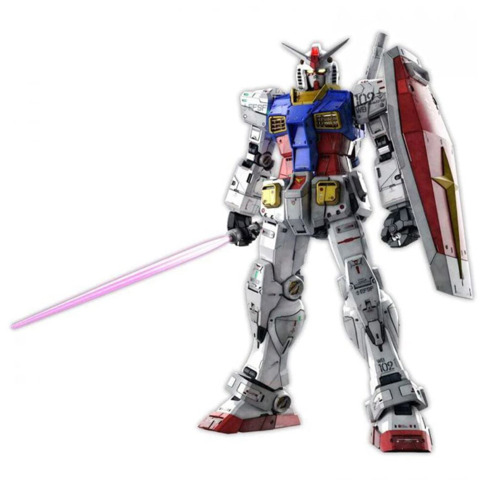 It’s full circle time, and we’re right back where we started with this new take on the RX-78-2. As part of the Perfect Grade Unleashed series, this might just be the definitive take on the classic Gundam. It’s a kit that you’ll want to buy twice, one for the fun build process that ends with a beautifully detailed mobile suit that does the franchise proud, and a second kit that shows off all the glorious metal parts and inner workings of the original Gundam before its armor is bolted down.