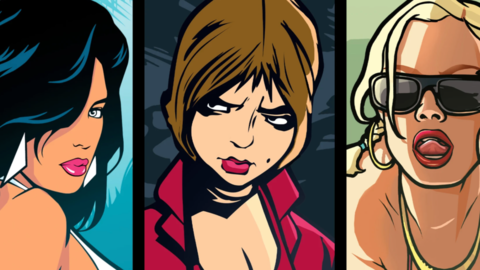 Grand Theft Auto: The Trilogy – The Definitive Edition will be released on November 11, Rockstar Games has announced. Additionally, Rockstar confirmed plans to launch some of the games on Game Pass and PlayStation Now, detailed plans for physical releases, and shed new light on the various upgrades and improvements included with all three games: GTA III, Vice City, and San Andreas.

The bundle includes updated versions of GTA III, Vice City, and San Andreas. As leaks suggested, the game will have “GTA V-inspired modern controls,” along with “across-the-board visual enhancements” including resolution upgrades and “improved visual fidelity across the world.” Rockstar stressed that, despite the upgrades, each game will maintain its “distinct original aesthetic.”

For the controls specifically, players can look forward to targeting and lock-on aiming, as well as updated weapon and radio station wheels. The mini-maps have been updated, too, so players can set waypoints to specific places. Achievements and Trophies are updated as well.

The Switch version supports gyro aiming, and players can use the touch screen for camera zooming, pans, and to make selections from the menu. The PC edition, meanwhile, has support for Nvidia DLSS and more connectivity with the Rockstar Games Social Club.

Rockstar also mentioned that the each game has a “completely rebuilt” lighting system that features better shadows, weather, and reflections. Character and vehicle models are upgraded, too, while buildings, weapons, roads, and interiors have higher resolution textures. Elsewhere, fans can look forward to “all new foliage, smoother surfaces, and increased draw distances to provide a new level of depth and clarity throughout the world.”

Rockstar North co-studio head Aaron Garbut shared some thoughts on GTA III and how much Rockstar’s games have grown and evolved over the years.

“GTA III helped clarify our approach to making games, and it’s something that has stuck with us in every game we make, from GTA III through to GTAV, the Red Dead Redemption series, and everything else: we are focused on building worlds–and on making these worlds as believable, detailed, interesting, varied and alive as possible,” Garbut said. “We want to make worlds that you feel like you are living in, that feel dynamic and filled with other characters. Where it’s not just a façade that comes alive around you and for you, but as real a place as we can manage, and one that is filled with stories, characters, events and fun, interesting things to do.”