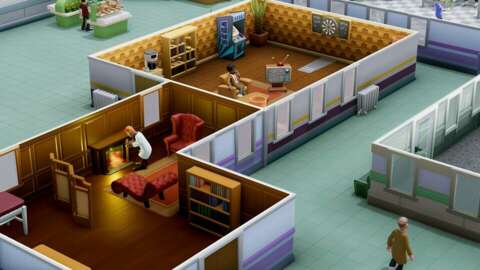 Though August is upon us, the big summer sales aren’t over just yet, with PC keys store Fanatical gearing up to kick off its blowout summer sale on Monday, August 2. Next week’s sale will bring thousands of discounts on Steam keys and more, with pricing that rivals Steam’s own summer sale. This weekend, Fanatical is kicking off a series of flash deals to build hype for the main event on Monday. New flash deals are going live on a regular basis and will last 24 hours each, so you’ll have to keep checking back for the latest deals. All of the following game deals are Steam keys.

Right now, Project Cars: Game of the Year Edition is 96% off, dropping to just $2, with the GOTY Edition featuring four additional tracks, over 50 new cars, and more. Rise of the Tomb Raider: 20 Year Celebration is another flash deal on Friday, dropping to just $5 for Steam. Two Point Hospital is a great pickup at just $7, and Cook, Serve, Delicious 3 will probably make you super hungry for just $9. Craft the World, a sandbox game where you control a tribe of dwarves, is also dirt cheap for a limited time at $2.84, while UnderRail, an old-school indie RPG set in a post-apocalyptic metro station, is down to $6.

More flash deals are coming throughout the weekend and into Monday, including upcoming steep discounts on Risk of Rain 2, Thief, Metro Exodus – Gold Edition, and more.

Aside from the flash deals, there are some other great game deals right now, including the newly released The Great Ace Attorney Chronicles for $34 (down from $40). Check out more of the best deals available right now below–note that the following prices were accurate at time of publish, but each deal ends at different times. Prices are also rounded to the nearest dollar.