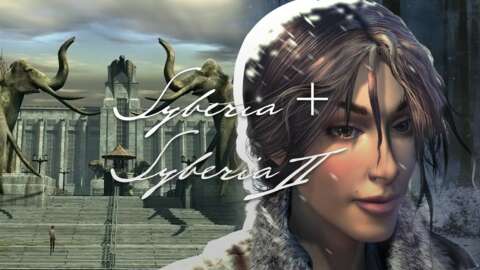 Players can grab two classic adventure games, Syberia 1 and 2, for free on PC thanks to a GOG.com giveaway, but only for a limited time.

You’ll need a GOG.com account to claim the free games and agree to receive marketing communications via email from the virtual game store. Syberia 1 and 2 are only free for the next few days, so be sure to claim them soon

Syberia and its sequel are still held up as classics of the point-and-click adventure game genre. They feature striking environments, tricky puzzles, and strong narratives centered around Kate Walker, a New York lawyer who sets out on a quest across Europe to the eastern wilderness of Russia in search of a genius inventor. Set many years later, a sequel, Syberia 3, released in 2017.

The giveaway comes as part of a GOG.com sale promoting French game developers and publishers, which includes Syberia developer Microids. Other games featured in the sale include the Dishonored series, The Surge, Evoland, and the original Tom Clancy’s Rainbow Six and Splinter Cell games. You can check out the full list of games on sale at GOG.