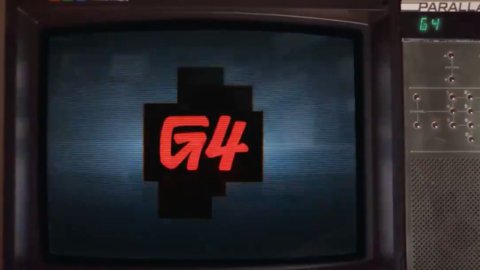 G4, the gaming-focused TV network that shut down in 2014, is coming back this November. The network has announced it will return on November 16, which is right smack in the middle of the busy holiday season. The announcement video is full of jokes about the past year in gaming, poking fun at how the Xbox Series X looks like a mini-fridge, the PS5 supply issues, and the Switch OLED not being the 4K upgrade some might have hoped for.

“But there’s one big announcement that gamers have been asking for because we’ve been stringing them along for freakin’ ever. The launch of G4. We’re committed for realzies,” the announcement trailer says.

The new version of G4 is bringing back original X-Play host Adam Sessler and Attack of the Show’s Kevin Pereira, while WWE’s Xavier Woods will host some segments, too. The full programming schedule is unknown at this point, but the “Sessler’s Soapbox” segment will return. New hosts Froskurinn and Ovilee May will run the segment called The Bleep Esports Show, which focuses on competitive gaming.

“This time around, we’re making content both FOR and WITH gaming’s biggest fans,” reads a line from G4’s description of its new iteration.

In terms of how you can watch the new version of G4, it will be available on “multiple digital and linear platforms.” It’s described as a “digital-first” channel, and one that will “look awesome, but also kind of low budget at the same time.”

You can watch G4 on linear TV through Verizon Fios, Cox, and Xfinity TV, while it will stream on Philo. G4 said it also has a deal with Twitch for a “promotional and commercial partnership,” while there will be some content made specifically for social media platforms and YouTube.

“G4 programming will be produced and delivered through a first-of-its-kind 24/7 broadcast studio, featuring a collaborative workplace and professional esports and gaming environment,” G4 said. “Designed by global architectural firm Populous, the studio is located in Burbank, California. Other notable design projects from Populous include Yankee Stadium, Red Bull HQ, and Esports Stadium Arlington.”