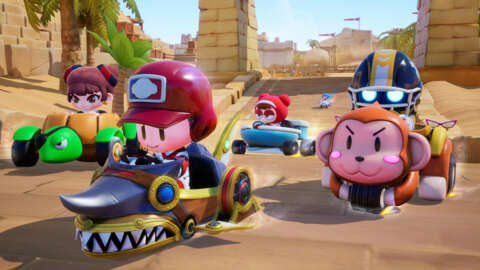 Nexon’s upcoming kart-racing game, KartRider: Drift, is coming to PS4, PlayStation announced during its State of Play today. The free-to-play title will also be getting a beta test in December.

KartRider: Drift is the latest in a series of kart racers that dates all the way back to 2004 with Crazyracing Kartrider, which was available primarily in Southeast Asia. This new title is also in development for PC, Xbox One, and Xbox Series X|S, and it’ll support cross-play and cross-progression across all platforms.

The closed beta for the title will go live on PS4 on December 8. It’ll have two modes, 7 playable characters, and a variety of customization options enabled. Nexon states that sign-ups for the beta will be live soon on its website. Both the game and the beta test will likely be playable on PS5 through backwards compatibility.