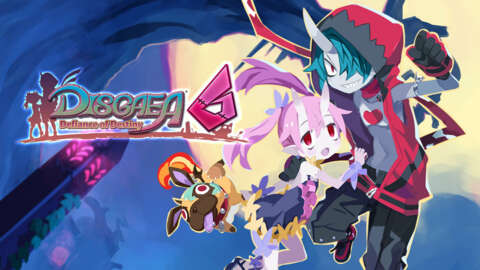 Disgaea 6: Defiance of Destiny, the upcoming strategy JRPG, isn’t out for another month in the West, but the demo for the game is available on Nintendo Switch right now. Nintendo put up a blog post announcing the demo, stating that any progress made will transfer over to the full game when it releases.

The game follows Zed, a zombie that has risen up from the underworld and is on a quest to destroy a god threatening his way of life. Zed has the power of “super-reincarnation” which allows him to come back stronger every time he dies. Like the previous entries in the Disgaea series, Disgaea 6 will feature insane numbers, with the level cap being bumped up to level 99,999,999, with the ability to deal quadrillions of damage. The game also features a variety of systems for replaying the game, like the brand-new auto-repeat function, which will automatically replay the same level endlessly, for easy and simple grinding.

The game was announced for the West during New Game+ Expo in March, with Nippon Ichi Software president Shohei Niikkawa making the announcement in full costume. Anyone who purchases the game at launch will receive bonus characters Girl Laharl, Asagi, Adell, and Rozalin. The game will also feature a vast cast of characters to team up with, all drawn in the series’ signature chibi-style.

Disgaea 6: Defiance of Destiny is already available in Japan on PS4 and Nintendo Switch. It releases in the West on June 29 for Nintendo Switch, with no word on a PS4 release.