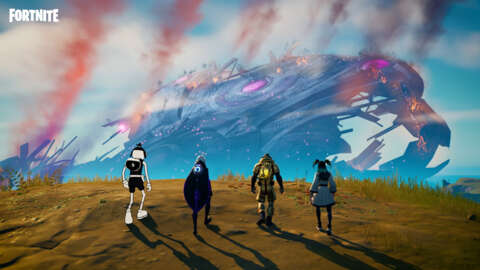 Fortnite Season 8 is getting its second XP buff in a hotfix coming today. After a historically slow start to the season’s XP gains, players can now enjoy much more XP for completing quests, including Repeatable Party Quests. Things that were once issuing no XP at all will now reward it by the thousands.

The fix arrives today as first revealed by Fortnite dataminers. Epic has more recently confirmed the news. The focus of the hotfix is to increase, rather dramatically and for the second time in about one week, the amount of XP players get from completing Party Quests, which are the five missions assigned to every Fortnite Season 8 NPC.

At the start of the season, these challenges awarded no XP for repeated completions of Party Quests, but after the 18.10 patch, they began issuing XP in amounts of 500-750 XP depending on the challenge. As of later today, those numbers are skyrocketing even more, with the most lucrative challenges doling out nearly 4,000 XP per completion.

Because these are Party Quests, players earn the XP no matter who in their squad completes the challenge too. That means playing in a group of four like-minded XP-chasers could vault everyone many levels in just a few hours and with no limitations other than one’s own free time.

In total, that turns every NPC’s five-part questline into a bundle of 14,550 XP each, or about the same as doing an extra daily challenge with every questline completion. Suffice it to say, Fortnite fans have a lot more to earn just by doing things they’re already doing–and not that long ago they were doing them just for a measly few gold bars.

For more on Fortnite, don’t miss the launch of Fortnitemares 2021, which seems to include a Rick Grimes skin. You can earn even more XP with the new Nitehare and Raven quests too.