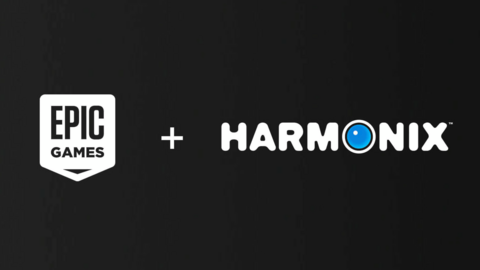 Financial terms of the deal were not disclosed. But in a blog post, Epic said it bought Harmonix to help build the metaverse. “As we work to build the metaverse, this expertise is needed to reimagine how music is experienced, created, and distributed,” Epic said.

Harmonix will work with Epic to create “musical journeys and gameplay” in Fortnite, along with sustained development on Rock Band 4.

“Harmonix has always aspired to create the world’s most beloved interactive music experiences, and by joining Epic we will be able to do this at scale,” Harmonix co-founder Alex Rigopulos said. “Together we will push the creative boundaries of what’s possible and invent new ways for our players to make, perform and share music.”

Epic VP Alain Tascan added: “Music is already bringing millions of people together in Fortnite, from our emotes to global concerts and events. Together with the Harmonix team we will transform how players experience music, going from passive listeners to active participants.”

Harmonix said nothing is changing for its previously announced Rock Band DLC plans; more tracks are coming later this year and in 2022. Additional Rock Band Rivals seasons are coming as well, while there will be additional Fuser events. Harmonix added that Fuser and its other games will continue to be sold on Steam (as well as console), though they will presumably also be offered on Epic’s own PC games store, too. Harmonix went on to say it has no plans to close servers or end support for any past games due to the buyout. It also said it has no plans to make more Rock Band instruments.

Founded in 1995, Harmonix is best known for creating the Guitar Hero universe. It developed the first two games in the series before Activision took control. Harmonix then created Rock Band, again to great commercial and critical success. The company is also known for its Dance Central games that used the Xbox 360’s Kinect camera. The company’s latest release was Fuser, a rhythm game that launched in 2020 through a partnership with NCSoft.

Epic Games is trying to create a metaverse, and acquiring popular franchises like Rocket League, Fall Guys, and now Rock Band appear to be part of that effort, in addition to the company’s more tech-focused acquisitions.

Epic Games founder Tim Sweeney has a controlling interest in the company, which is partially owned by Chinese internet giant Tencent. Epic also created the Gears of War franchise before selling it to Microsoft in 2014.