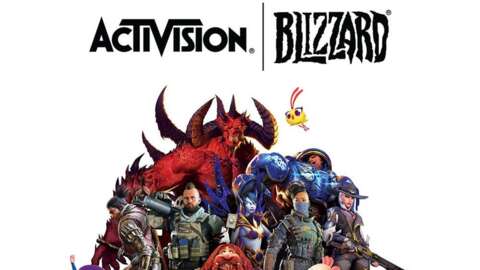 Oneal only occupied the position as co-leader alongside Mike Ybarra for three months, following the departure of former Blizzard president J. Allen Brack in light of a state of California lawsuit alleging a widespread culture of sexual harassment and discrimination at Activision Blizzard. According to the Wall Street Journal, part of the reason for Oneal’s sudden resignation came down to the fact that she was not offered equal pay for the position, and was only offered an equal contract after putting in her resignation.

According to IGN, which has viewed internal Blizzard messages sent on company Slack channel, Ybarra said that the two co-leaders did seek to be paid the same, but that when Ybarra and Oneal both accepted the new role, they continued to be paid according to their current contracts.

Oneal sent a letter to Activision Blizzard’s legal division one month after becoming co-leader, where she continued to point out she was being paid less than her counterpart and said she had been “tokenized, marginalized, and discriminated against,” by the company.

In additional conversations viewed by IGN, Oneal sought to add more clarification to the situation, stating that when they went into the role, their pay “was not equivalent.”

“It remained that way for some time well after we made multiple rejected requests to change it to parity,” Oneal wrote. “While the company informed me before I tendered my resignation that they were working on a new proposal, we were made equivalent offers only after I tendered that resignation.”

Before becoming co-leader of Blizzard, Oneal had worked at the Activision-owned development studio Vicarious Visions for 13 years, four of which were as the studio’s leader. She joined Blizzard following Blizzard’s absorption of Vicarious Visions early this year. Though she has resigned as co-leader, she will stay at Blizzard until the end of the year. Ybarra has been with Blizzard for roughly two years, coming off a long career at Xbox.

It’s just the latest chapter in the ongoing story of an alleged culture of sexual harassment and discrimination at Activision Blizzard, which has led to multiple lawsuits and investigations. The scandal was thrust into the spotlight once more following the Wall Street Journal’s recent report that Kotick was aware of numerous allegations and investigations at various Activision Blizzard studios, but failed to report them to the company’s board. The report also alleges Kotick threatened to have a female assistant killed.

The report led to some Blizzard employees staging a walkout, the second in less than six months. Now, a small group of shareholders are calling for Kotick’s resignation, even as the Activision Blizzard Board of Directors as a whole seems to be standing by Kotick.