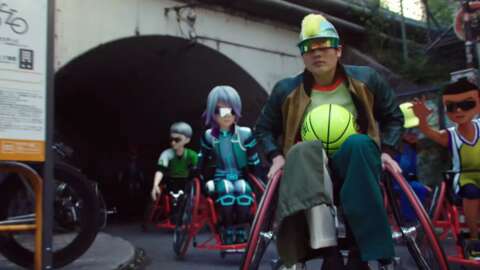 After leaving Square Enix in 2018 and founding his own studio in 2019, Final Fantasy XV director Hajime Tabata has opened up about JP Games’ first project and his intentions behind building games for the “social good” of it.

In an interview with the Tokyo-based news site SoraNews24, Tabata said traveling for the production and promotion of FFXV introduced him to ideas around inclusive gaming and sustainable development. This intersection led him to asking whether more can be done with video games as a media for social change. Tabata later said these concepts led to the creation of JP Games, which has given him “the freedom to grow” and the chance to “explore making a game for the social good.”

“Creating JP Games gave me the freedom to grow and evolve with society and technology,” Tabata said. “When I started I got several offers to make AAA games, and they were very good, but that would be doing more or less the same thing. First, I wanted to try something new and really explore making a game for the social good, before investing time into making more conventional high-end games.”

To achieve the goal of “making a game for the social good,” Tabata hired new talent (sometimes from outside the industry) to bring in fresh ideas. This led to a meeting with former International Paralympic Committee CEO Xavier Gonzales, who after some convincing, approved of the first Paralympic video game and JP Games’ first commercial project: The Pegasus Dream Tour.

The Pegasus Dream Tour is a “massive avatar RPG” where players use a “Mine” (created characters whose face is built from selfie images stored on the mobile device) to compete in para-sports like wheelchair basketball. It’s a free-to-play online mobile game with microtransactions and leaderboards.

Tabata said JP Games had to balance “making good content” and “good business strategies” to ensure The Pegasus Dream Tour’s longevity. So along with the in-game microtransactions, the team is developing an SDK called the Pegasus World Kit for people to create their own virtual worlds.

“We had to think of making good content but also good business strategies to make Pegasus Dream Tour sustainable,” Tabata said. “One way is with the Pegasus World Kit, which is like Epic Games’ Unreal Engine, but instead of creating games it allows businesses to create open world platforms. Since we already created Pegasus City, we can also provide this framework for others to use however they want to make their own virtual worlds.”

The Pegasus Dream Tour is now available on Android and iOS devices. The official Paralympic Games will take place from August 24 to September 5 in Tokyo.