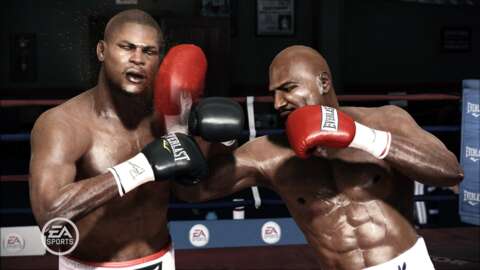 The Fight Night series has been on ice–to stop swelling–for a full decade at this point, but it appears EA’s boxing franchise is set to make a comeback. Just don’t count on playing it anytime soon, as it’s reportedly paused as the company prioritizes the next UFC game.

According to VGC’s sources, the next Fight Night game is in the early stages of development but EA Canada is shifting its attention to the upcoming UFC sequel, likely leaving Fight Night a few years away from release. “Strong marketplace competition” has made staffing an issue on Fight Night, apparently, and the company doesn’t want to split resources and simultaneously work on both projects.

The Fight Night series has seen a few transformations over the years, experimenting with different analog-based control schemes for more technical punching before going into dark territory with Fight Night Champion. The M-rated boxing game featured prison fights and brutal injuries, and story-based mechanics that would force you to occasionally fight one-handed or risk horrible damage.

EA’s focus has been on UFC ever since when it comes to combat sports, with the company getting rights to the license after previously creating its EA Sports MMA game. UFC is mighty popular, but a return to the haymakers and uppercuts of yesteryear would certainly be welcome.