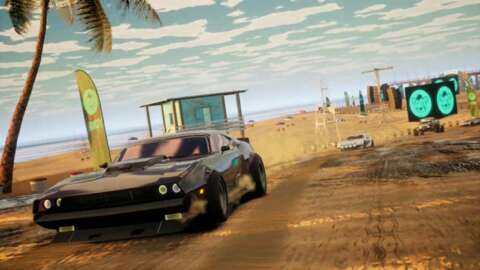 The Fast and the Furious Netflix spin-off Spy Racers is getting its own game, and it looks like a cross between a traditional auto racer and wacky kart combat. Fast & Furious Spy Racers: Rise of Shifter is coming to PC, PS4, PS5, Xbox One, Xbox Series X|S, and Nintendo Switch this November.

The debut trailer shows the kinds of shiny chrome and roaring engines you’d expect from Fast & Furious. But then about midway through, the cars start tossing paintballs and spawning hex shields and it becomes clear that this isn’t a straight-faced take on the racing genre.

That’s probably because while the Fast and the Furious franchise is made for older teens and adults, the Spy Racers show on Netflix is targeted squarely at kids. It stars Dom’s younger cousin, Tony Toretto, as he leads a crew of youths on globe-trotting missions to stop a crime organization called “SH1FT3R” with plans for global domination. It’s had four seasons so far, but given the title, it seems this game will be a prequel.

The only other Fast & Furious game, Crossroads, was notoriously panned by critics. But this is a totally new studio so it may well turn out very differently. Meanwhile, in the main franchise, Fast & Furious 9 is coming to theaters in June, and according to GameSpot’s F9 review, it’s the perfect way to return to the movie theater.