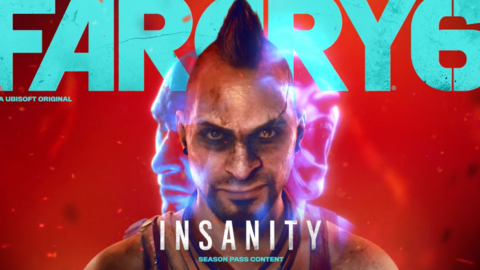 Far Cry 6’s Vaas: Insanity DLC will launch on November 16, Ubisoft has announced. It’ll be out that day across Xbox One, Xbox Series X|S, PS4, PS5, and on PC via the Ubisoft Store and the Epic Games Store. Ubisoft+ subscribers on PC can play it as well, along with Amazon Luna and Stadia subscribers.

In Vass: Insanity, players become the Far Cry 3 villain portrayed by Michael Mando (Better Call Saul). Mando came back for the DLC, which offers an experience inspired by roguelites.

“Starting with nothing more than a pistol to defend themselves, players will need to find new weapons and unlock power-ups to become stronger and progress deeper into the depths of Vaas’ psyche,” reads a line from the DLC’s description. “Blending intense action and storytelling, Vaas: Insanity will provide a unique opportunity to better understand Vaas’ past, personal demons, and motivations.”

Vaas Insanity is part of what Ubisoft is calling the most ambitious post-launch DLC plan in Far Cry’s history. Players can look forward to new free and paid content, including missions involving Danny Trejo, Stranger Things, and Rambo. Additionally, villains from other past games, including Joseph Seed (Far Cry 5) and Pagan Min (Far Cry 4) will be the focus of expansion packs.

GameSpot’s Far Cry 6 review scored the game a 7/10. “Far Cry 6 is often a fun game that feels like it’s throwing everything at you, and if you want a heap of content, Far Cry 6 absolutely has you covered,” Phil Hornshaw said.