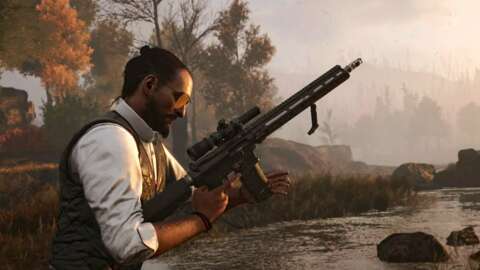 Far Cry has always put its villains in the spotlight, and post-launch plans for Fary Cry 6 will see some of the greatest antagonists from the series return as playable characters as part of the game’s season pass content.

Vaas Montenegro, Pagan Min, and Joseph Seed from Far Cry 3, 4, and 5 respectively will be available as playable characters, with each character having unique execution finishing attacks.

For example, Joseph Seed can shove his bible into the mouth of a downed opponent and brutally break their heads open. The trailer also ended with a tease of Far Cry Blood Dragon, a spin-off set in a fictional 1980s action movie-inspired future whose main adversary was Colonel Ike Sloan of the Omega Force.

This story is developing