Skip to content
Homepage / Check it out / Far Cry 6: The Choice Of Protagonist Dani's Gender Was "Important To Us," Says Narrative Director 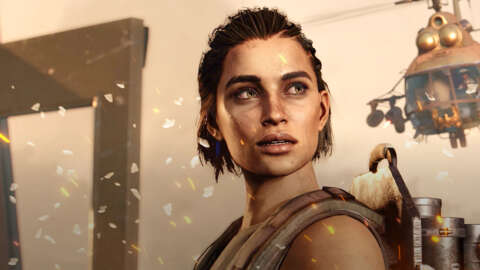 Far Cry 6’s protagonist, Dani Rojas, can be either male or female. According to narrative director Navid Khavari, the choice of the protagonist’s gender was important for developer Ubisoft Toronto.

“The choice of gender with Dani in Far Cry 6 was important to us in the sense that we kept it as a unified experience for Dani,” Khavari said in a video posted on Far Cry’s Twitter account. “After talking to several members of our team, something that was clearly important was not to try and create two different storylines. If you pick male or female, that choice is for you to make, and that journey of Dani will be one and the same.”

Now Playing: Far Cry 6 – Everything You Need To Know So Far

I’m not totally on board with Dani’s story being “one and the same” regardless if they’re a man or a woman–I feel like their gender would play a role in the challenges they’d face in a country inspired by late 1950s, early 1960s Cuba. Especially if you’re going to say that Far Cry 6 is, in fact, a political game that discusses topics like fascism, imperialism, forced labor, LGBTQ+ rights, and free elections. We’ll have to wait and see how Ubisoft Toronto balances the story so that it makes sense for the protagonist to be male or female.

Another interesting note in the video is that Khavari also says that Dani “was born and raised in the capital city of Esperanza on the island of Yara,” and that “it was really important for us to have someone who is from Yara, is local to Esperanza.” So how will such a character background impact Ubisoft’s traditional open-world format of finding towers to unlock parts of the map? Past Ubisoft games have traditionally dropped their protagonist into unfamiliar territory, explaining the need to defog the map; Dani breaks that trend.

Maybe we’ll learn more at the Ubisoft Forward, scheduled for June 12, right at the start of E3. Far Cry 6 is set to launch for Xbox Series X|S, Xbox One, PS5, PS4, and PC on October 7.