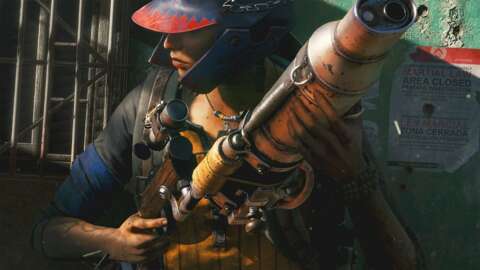 Like the previous entries in the Far Cry franchise before it, Far Cry 6 can be beaten quickly, that is, if players don’t mind a bad ending. The game has an alternative ending, though players will have to do a bit more than just sit in their chairs and wait as they did in Far Cry 4 or walk away from the entire game like in Far Cry 5.

Far Cry 6’s alternate ending comes after completing Libertad Rises, one of the game’s first Operations. After wrapping the mission up and sitting through some cutscenes, players are given the choice to either stay with the resistance or run off to America and live a sun-drenched life of leisure. Naturally, the game points players towards the fight with a waypoint, but driving a boat in the opposite direction for a bit will trigger a quick fade to black. Immediately after, the game will show Dani relaxing on a beach three months later, with a radio host saying that Anton Castillo, Far Cry 6’s antagonist, has defeated the rebellion.

This alternative ending isn’t as fast to reach as the ones players can find in other Far Cry games, but achievement hunters will likely still have to go through it to get every achievement in the game. Far Cry 6 is set to launch on Thursday, October 7 on Xbox One, Xbox Series X|S, PS4, PS5, PC, Stadia, and Luna.

GameSpot’s Michael Higham was able to preview Far Cry 6 this past August and found that, aside from being a typical Far Cry title, the game put some solid emphasis on its story. “For me,” wrote Higham, “it’s at least enticing that Far Cry 6’s story is trying to be more than a veneer for a spicey shooting gallery. That much I can appreciate.”

Far Cry 6 – How To Get Every Amigo