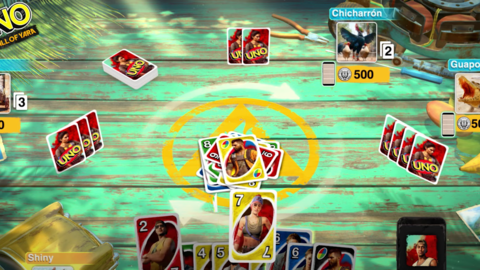 Ubisoft has released new DLC for its video game version of the classic card game Uno themed around Far Cry 6. The Call of Yara DLC, as it’s called, is out now for Uno priced at $5 on all platforms.

The Call of Yara DLC lets you play Uno on a Yara-inspired board, while the cards are themed around Far Cry as well. It’s the same version of Uno you may already know, but the Yara DLC adds another layer of depth and strategy. Players collect Yaran pesos each turn that can be spent to hire different characters from Far Cry 6 who provide special bonuses and abilities each turn.

There is also a new special wild card that, when played, releases the Guerrilla Recorder that randomly selects an allotment of pesos that you will receive–or lose. Here is a breakdown of the four character cards, how much they cost, and what they do:

GameSpot’s Far Cry 6 review scored the game a 7/10. “Far Cry 6 is often a fun game that feels like it’s throwing everything at you, and if you want a heap of content, Far Cry 6 absolutely has you covered,” Phil Hornshaw said.