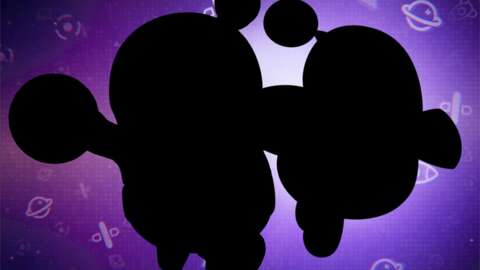 Fall Guys makes for bombastic competition in any of its events, and now that theme is going to be immortalized with a set of new skins that will be added to the game soon. Developer Mediatonic took to Twitter to tease an “explosive” collaboration, with the game’s trademark beans draped in shadows that look a lot like the type of silhouette that Konami’s Bomberman would make if he’d recently put on some weight.

Can you guess who?? pic.twitter.com/64VBTnDQIV

It’s a collaboration that makes obvious sense, as Super Bomberman R Online launches on May 27 for PC via Steam, PS4, and Switch. The Bomberman skins were also a badly-kept secret, as a leak earlier this month revealed that Tron and Nier Automata would also be crossing over to Fall Guys.

Tron’s grid-inspired cosmetics are already live in the game, in case you’d like to be reminded that this is the best use of the franchise since Disney failed to greenlight a second season of Tron: Uprising.

Developer Mediatonic’s parent company, Tonic Games Group, was recently acquired by Epic Games although there’s no word yet on if the Takeshi’s Castle-inspired multiplayer game will go free-to-play like Epic’s other acquisition in 2019, Rocket League developer Psyonix. Rocket League went free-to-play not long after that deal was finalized, but for now, Mediatonic is more focused on polishing up Fall Guys for its eventual release on Xbox and Switch.