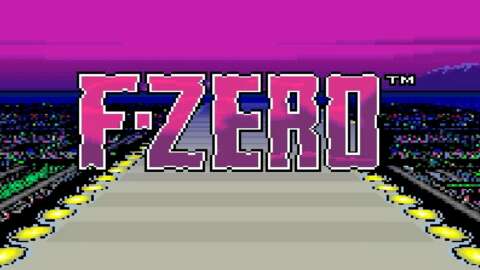 Nintendo made plenty of big announcements at E3 this year, but fans of the long-dormant futuristic racing series F-Zero were, perhaps predictably, left high and dry. Thankfully, one fan has taken the matter of a new F-Zero game into their own hands using a different Nintendo game altogether: Game Builder Garage.

You’d be forgiven for forgetting Game Builder Garage released. It actually launched on June 11 for Nintendo Switch, right in the midst of E3, and Nintendo didn’t exactly draw attention to it during their various presentations or livestreams. That being said, fans are already doing some amazing work with the game-creation toolkit, in particular this F-Zero creation from ZeldaBoi1.

ZeldaBoi1 has put together a truly impressive F-Zero fan-game using Nintendo’s game-making tools. Players can accelerate, drive in reverse, and drift, just like in the original F-Zero for Super Nintendo. From the pixelated visuals that look incredibly close to that of the first game in the series down to the catchy music, Zelda Boi1’s creation is incredible, especially considering Game Builder Garage has barely been out for a week.

And it’s far from ZeldaBoi1’s only creation. They’ve also put together a short demo for a new Kirby game and a first-person Zelda, as well as recreations of games like Mario Kart, Earthbound, and Excitebike. The F-Zero recreation in particular gained plenty of attention on Twitter, to which ZeldaBoi1 responded by saying if they could do this in just a week, imagine what will come after a month with Game Builder Garage. If future creations are anything like these early ones, fans can expect to see some truly remarkable stuff in the coming months as creators get more familiar with Game Builder Garage’s tools.

It’s all enough to make fans wish the series would receive a proper modern entry. An ex-Nintendo game designer recently said the F-Zero franchise isn’t dead, but that it would need a “grand new idea” in order to justify a new entry in the series, something more than a few fans likely don’t agree with.

But even if there isn’t a new, official F-Zero on the way, Nintendo did make plenty of big announcements at E3 this year when it comes to the return of classic franchises, including a new 2D Metroid and a remake of the classic turn-based-strategy series Advance Wars.