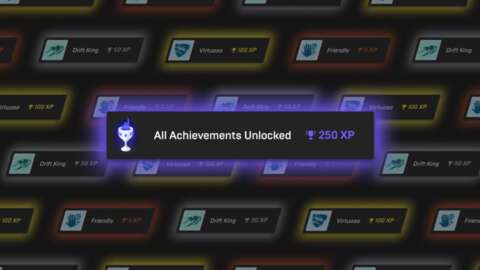 These select titles include Rocket League, Hades, Pillars of Eternity, Kena: Bridge of Spirits, Zombie Army 4, and Alan Wake Remastered. Epic is also sending out a set of tools for developers to easily and quickly implement Achievements for the Epic Games Store platform, so more games will be supported later this year.

There are four tiers of Epic Achievements with an XP range value attached to each. The Platinum Achievement is awarded upon earning 1000 XP in a game. Bronze achievements provide an additional 5-45 XP, Silver gives 50-95 XP, Gold earns 100-200 XP, and Platinum gives 250 XP.

Games that have Epic Achievements now have a new page where players can track progress and can be displayed in their library. Epic Achievements can also be seen on game detail pages when browsing in the store too.

While the Epic Games Store already had achievements last year, they were specifically “developer achievements”, which were fully owned and operated by developers on a game-by-game basis. The new Epic Achievements system applies to the platform itself, much like PlayStation and Xbox.