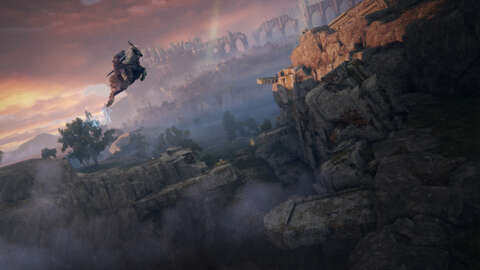 With its long-awaited release date just months away, a developer at From Software has confirmed that Elden Ring is almost done being developed. Much of the game, which is set to launch on January 21, 2022, remains a mystery, with From Software keeping any and all details regarding the game close to the chest.

Elden Ring’s development status was revealed during a recent Famitsu interview. From Software’s Yasuhiro Kitao plainly said that the game is “at the end of development,” although he didn’t say when the game would likely go gold. Kitao also loosely described the game’s world and difficulty, saying players could “seamlessly visit” the dungeons littered throughout the game’s open world. As for the game’s difficulty, well, it’s still a From Software game. “High difficulties and overcoming them” are a part of Elden Ring, said Kitao.

While Elden Ring’s development is just about wrapped up and it’s months away from release, we still don’t know much about it. From Software recently brought the upcoming title to Gamescom, where it somehow managed to win an award for Best Sony PlayStation Game despite the fact that no new information about the game was revealed to the public.

In a behind-closed-doors presentation though, GameSpot’s Tamoor Hussain got an Elden Ring preview made up of brand-new screenshots. According to that presentation, Elden Ring’s story will be told in a way that Dark Souls fans should find familiar. Instead of straightforwardly being presented to players, the game’s story will be fed to them piecemeal, leaving players to put together what’s happening.