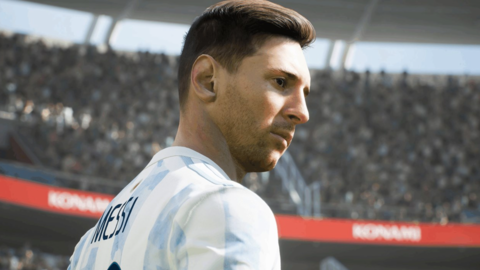 Konami’s eFootball 2022 launched in late September with a series of issues and other problems, and the publisher promised that an update was coming to address the bugs. Konami has now announced that the new update will be available later this month.

Version 0.9.1 will be released on October 28. “This will focus on fixing the issues already reported and those you continue to report,” Konami said. “We will update you with more details as we move forwards as well as address your feedback and requests in future updates. Thank you again for your continued support of eFootball 2022.”

Konami’s eFootball 2022 is a rebranding of the popular PES series from previous years. eFootball is a free-to-play game with a heavy live-service element, with Konami pledging to release more content and updates over time. The shift to a free-to-play live-service element came with its critics, and the situation has only gotten worse now that the game is out and suffering from a spate of issues.

On Steam, eFootball 2022 has an “overwhelmingly negative” aggregate review rating, and it is one of the lowest-rated game on the entirely of Steam, according to Eurogamer.

The game’s face scans for popular players like Lionel Messi and Cristiano Ronaldo do not exactly look realistic in eFootball 2022. NPCs in the crowd, too, also don’t look so good, with players joking that they seem to be more fitting of a PS1-era game.

In other football news, EA’s FIFA 22 is out now and the publisher has spoken up to defend the game’s use of loot boxes.