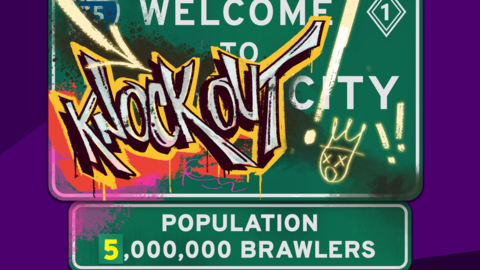 EA’s new “dodgebrawl” game Knockout City opted for an usual launch strategy, with the game being offered completely free as part of a Block Party trial for the first 10 days. This approach seemed to work wonders to attract players, as the game’s Twitter account has announced that Knockout City has reached 2 million players so far.

The event began on May 21 and runs through May 30, so you still have a few more days to take part in the Knockout City Block Party trial before the game is no longer free. Xbox Game Pass Ultimate members, however, can keep playing at no extra cost as the game is included with the membership. Everyone who does purchase Knockout City before the Block Party trial ends will get an assortment of exclusive in-game items; you can see the cosmetic bundle below.

Welcome to Knockout City, population: YOU! Well, you, and TWO MILLION of your friends!

If you haven’t joined in on the #BlockParty free trial, why the heck not? Knockout City is available free to try right now!
1/3 pic.twitter.com/Wo9u0R4Z9v

The Block Party free trial is only available for another 5 days, 15 hours, 35 minutes. Plus, if you purchase Knockout City before it ends, you’ll get a bunch of exclusive gear, so grab a friend and get in! 👇👇👇
3/3 pic.twitter.com/3ZvsLllbpD

Knockout City’s Season 1 kicks off today, May 25, and it adds a new map, Jukebox Junction, as well as more contracts and new playlists. Check out the Season 1 trailer below to learn more about what’s coming to the game today.

Inspired by dodgeball, Knockout City is a multiplayer game where players try to knock out other players using a ball, which can have all different types of special properties. The game is developed by Velan Studios, which is the team that made Mario Kart Live: Home Circuit.