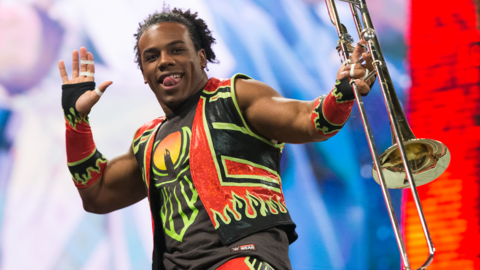 EA tweeted the news, confirming that a pre-show will take place before the main livestream. Watson also hopped on Twitter to confirm the announcement, saying he’s “excited” to host the presentation.

EA Play Live is only a month away! Watch our pre-show July 22nd starting at 10AM PT/1PM ET, followed by the main showcase. See you then. 👋 pic.twitter.com/1PZ5IXRYeP

Watson, who is currently an overall 11-time Tag Team Champion in the WWE, was added to the revived gaming network G4 in November 2020 with a special Thanksgiving episode. He joins original hosts like Adam Sessler, as well as new hires Alex “Goldenboy” Mendez and Ovilee May.

EA Play should draw a lot of attention, what with Battlefield 2042 launching October 22 and Dragon Age 4 currently in development. We might even see Skate 4, which was revealed during last year’s EA Play. But what we’re looking for from the annual event is the revival of a fan-favorite IP. Reports suggest it could be a reimagining of Dead Space developed by Motive Studios, the Montreal-based co-developer behind Star Wars Battlefront 2 and the team in charge of Star Wars Squadrons.