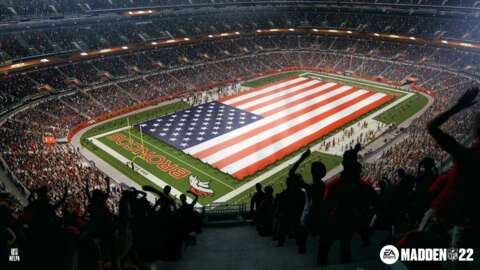 EA Sports has announced it will remove Jon Gruden from Madden NFL 22 after the Las Vegas Raiders coach resigned from his post this week amid a scandal about his emails. Emails published by The New York Times showed Gruden making various homophobic and misogynistic comments.

EA said it is “committed to taking action in maintaining a culture of inclusion and equity,” and will remove Gruden from Madden NFL 22. He will be replaced by a generic likeness in a future update.

Gruden resigned from his post earlier this week after The New York Times published emails in which he made homophobic and misogynistic remarks, among other controversial statements.

In 2016, EA said that Madden NFL 17’s broadcast commentary would comment on Colin Kaepernick’s decision to sit during the National Anthem, but it’s unclear if the developer ever followed through.