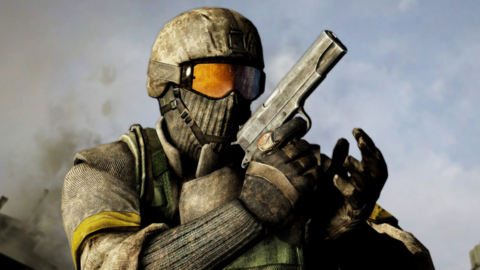 Electronic Arts has hired the former general manager of Call of Duty and Destiny from Activision to become the GM of Battlefield going forward.

Byron Beede is now the SVP and GM of Battlefield, and in that role he’ll help guide the Battlefield team into the future. At Activision, he helped launch a handful of live service projects that became massively successful, including Call of Duty: Warzone and Call of Duty: Mobile.

According to IGN, Beede’s main focus at EA is what comes next after this year’s new Battlefield game and the new Battlefield mobile game in 2022. He is part of the team that will ship those games, but IGN said “his focus is on the future of Battlefield” after them.

For what it’s worth, EA management has said the new Battlefield game may have more live service elements than previous entries, which makes sense given the wider industry trend toward those types of games and experiences.

It’s no surprise to learn that Battlefield 6 will push deeper into live service, as EA has been focusing on growing this area of its business for some time. Just recently, EA announced that it made more than $4 billion from “live services,” which include microtransactions, DLC, ads, subscriptions, and more.

Beede will report to Vince Zampella, another former Activision/Call of Duty veteran who founded Titanfall and Apex Legends studio Respawn and is now also the head of DICE LA.

Beede worked at Activision for 19 years before he left to join EA. He is replaced as Call of Duty GM by Johanna Faries, a former executive with the NFL.

The new Battlefield game will be announced on June 9. It’s being developed by the franchise’s biggest team ever and will offer the highest player counts in Battlefield history.

As for the Battlefield mobile game, it’s in development at Industrial Toys, the mobile game studio founded by Halo veteran Alex Seropian that EA acquired in 2018.