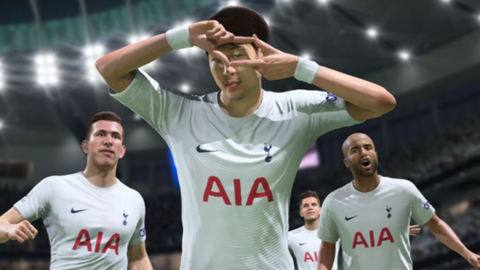 Electronic Arts has reached a new deal with FIFPro to offer “unparalleled realism” in its football games going forward amid its rights negotiations with FIFA that could see EA Sports drop the FIFA name from future games.

EA extended its deal with FIFPro–a group that represents football players and manages their rights around the world–on Tuesday as part of a “long-term commitment.”

FIFPro is one of the 300+ licensed partners that works with EA on its football series. In extending its deal with FIFPro, EA gets access to “thousands of player names and likenesses.” This is in addition to its many separate rights agreements with various licensing companies that give EA rights for the UEFA Champions League, Conmebol Libertadores, Premier League, Bundesliga, and LaLiga Santander.

“Our players regularly remind us that one of the most important aspects of an EA Sports experience is the deep immersion created through authentic use of the world’s greatest leagues, teams and talent–it’s how we continue to uniquely blur the lines between the digital and physical worlds of football, ” EA Sports VP David Jackson said. “FIFPro will continue to be an important partner as we build the next generation of EA Sports football experiences for players around the world.”

EA’s news release for this announcement did not mention FIFA at all. EA apparently believes it has enough separate licensing deals in place to not necessarily need the FIFA name going forward, and trademark filings have suggested EA could rebrand the series as EA Sports FC, though nothing is confirmed yet.

EA’s deal with FIFA to use the FIFA name is good through 2022, so EA and FIFA have about a year to get the deal done–or not.