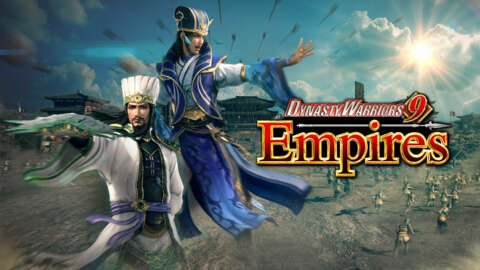 Publisher Koei Tecmo and developer Omega Force have announced that Dynasty Warriors 9 Empire will launch on February 25, 2022, in North America and Europe. It is coming to PC, PlayStation 4, PlayStation 5, Xbox One, Xbox Series X|S, and Nintendo Switch.

The game has a new feature called “Storming the Castle”, where areas around the castle turning into battlefields and players battle to take control of the castle. Players can also invade an enemy’s base and use siege weapons to troops. When players break through an enemy gate, they can claim victory by defeating the commander. All enemy officers will come together in one last resistance, giving players the chance to defeat and capture them.

Secret Plans can also affect the tide of battle as well. They are selected during the battle preparation phase and are activated as missions during battles. Each plan has its own win and failure conditions, and successfully fulfilling a plan provides rewards to allies. Each different type of army unit will also have its strengths and weaknesses, much like a triangle system used in earlier Fire Emblem games. The PlayStation 5 version of the game will be a digital-only release, and players who purchase the physical PlayStation 4 disc will receive a free upgrade to it.

In other Omega Force news, Hyrule Warriors: Age of Calamity is receiving an expansion called Guardian of Remembrance on October 29.

Dynasty Warriors 9 Empire Launches On February 15 In The West