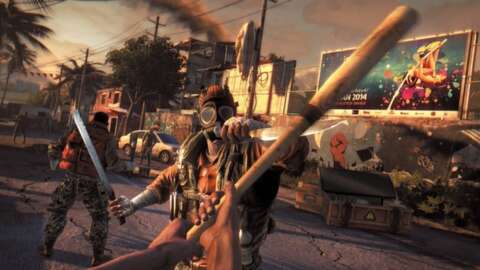 Ahead of its Dying Light 2 stream later today, developer Techland has announced a new version of Dying Light that comes bundled with all of its DLC. Titled Dying Light: Platinum Edition, customers can pick up the game across all platforms starting today.

The bundle’s list price is $100, but retailers are selling it at a deep discount. If you’re picking the game up on PC, it’s available on both Steam and GOG for just $25. Xbox users can also pick the game up via the Microsoft store for $25. However, on the PlayStation Store you can only get the bundle for $25 if you’re a PlayStation Plus subscriber. Without a subscription, you will have to pay the full $100 for Dying Light: Platinum Edition.

As it turns out, over the years a ton of DLC has been released for Dying Light. Besides the base game and its expansion, The Following, anyone that purchases Dying Light: Platinum Edition will receive an extra 20 pieces of DLC content. The DLC generally varies, adding new weapons, armors, blueprints, buggy decals, and gameplay content to Dying Light.

Techland’s reveal of Dying Light: Platinum Edition came right before a stream focused entirely on Dying Light 2. The stream has been teased over the course of the past week with short videos posted to the Dying Light Twitter page as well as the game’s Discord channel. So far, a release date for Dying Light 2 has not been revealed, but that may change by the end of the day.