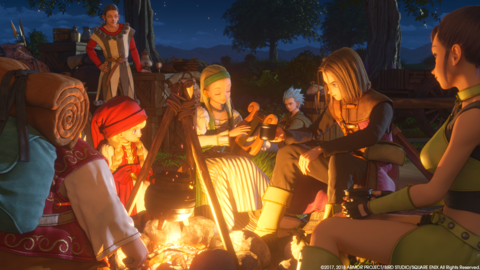 Square Enix will be hosting a special live stream celebrating the 35th anniversary of the Dragon Quest series on Wednesday, May 26 at 8:30 PM PT, promising to share information about upcoming games in the series.

The Dragon Quest stream goes live at 8:30 PM PT / 11:30 PM ET. The live stream will “showcase all of the latest information about what’s going on–and what’s yet to come–in the world of Dragon Quest.” The stream will also feature live English interpretation for the first time in the series’ history, so international fans can enjoy the presentation as well. Square Enix has not said how long the stream will be nor what games fans can expect to be there, outside of anything with Dragon Quest in the title.

How to Watch the Dragon Quest Live Stream

In addition to the embedded live stream above, the stream will be available on the official Dragon Quest YouTube page as well.

According to a translated tweet, Yuji Horii, the series creator, teased that there would be tons of information during the live stream, including information on “that game.” While this doesn’t guarantee it will be there, it seems to imply that Dragon Quest XII might make an appearance at the show. Dragon Quest XI: Echoes of an Elusive Age released in the West in 2018 on PS4 and PC, later getting ported to the Nintendo Switch and Xbox One. The series also has a number of spin-off titles, like Dragon Quest Builders and Dragon Quest Heroes, that could also make an appearance at the event.