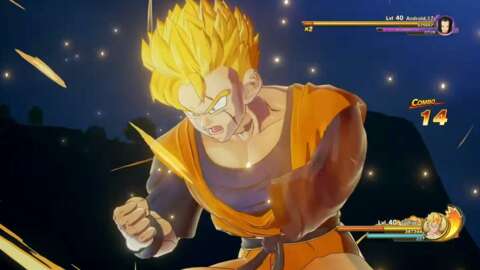 Almost a year and a half since it first arrived in 2020, Dragon Ball Z: Kakarot is ready to release its final DLC episode, Trunks: The Warrior of Hope. This prequel to the Android Saga–which is based on the 1993 original video animation The History of Trunks–will be available from June 11.

Compared to the first two DLC Dragon Ball Super-centric content, Warrior of Hope sticks to the Dragon Ball Z timeline and takes place in an alternate future where Gohan and Trunks are the sole surviving Saiyans in a world that has been ravaged by Androids 17 and 18. You can see some gameplay from the DLC below.

Bandai Namco hasn’t mentioned yet if this story content will introduce any new gameplay elements. While the initial Battle of Gods DLC was a quick way to level up characters, unlock Super Saiyan God transformations for Goku and Vegeta, and fight with the god of destruction Beerus, Resurrection of F was a slightly lengthier expansion that added the Super Saiyan Blue power-up and a mini-horde mode battle system.

Dragon Ball game publisher Bandai Namco will have a presence at this year’s E3, and if it has plans to create a sequel to Kakarot or forge ahead with a new game, that stage will be as good as any to announce those plans.

You can check out our E3 schedule for the show’s other confirmed participants and when they’ll be revealing their products this June.