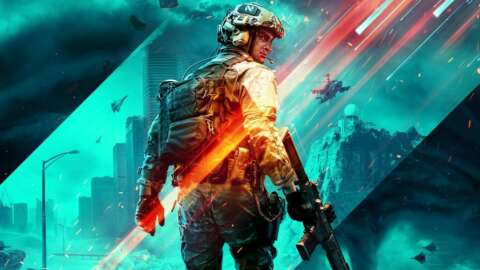 Battlefield 2042 is looking to be a major step forward for the series, with massive player counts, huge maps, and brand-new systems like Specialists and Weapon Plus. It will also bring cross-play to the series, allowing Xbox, PlayStation, and PC players to battle it out with another in Battlefield 2042’s near-future setting. However, there are a few caveats when it comes to playing together on different platforms. Here’s what you need to know.

The limitation is due to how Battlefield 2042 changes in some major ways depending on which console you are playing it on. For those playing on Xbox Series X|S, PS5, or PC, the game will sport a 128-player count on huge maps. That changes on older platforms, where the player count is reduced by half to 64, with the action happening on smaller versions of Battlefield 2042’s maps.

The good news is that Battlefield 2042 also supports cross-progression. As detailed shortly after the game’s reveal in an official Battlefield Briefing, no matter what platform you are playing on, your unlocks and store purchases will carry over. If you don’t own a current-gen console, you can start playing Battlefield 2042 on Xbox One or PS4 and upgrade later when Xbox Series X|S or PS5s become more available, without having to worry about starting over from scratch. EA is now making it so that purchasing the standard digital version of Battlefield 2042 on Xbox Series X|S or PS5 will include access to the Xbox One and PS4 versions too, so players without current access to new hardware will at least be ready when they do get the chance to upgrade without needing to purchase two copies of the game.

Battlefield 2042 releases on November 19. An early access beta for the game starts October 6 for those who pre-order, with an open beta running October 8-9.