Skip to content
Homepage / Halo: The Master Chief Collection / Does A Preserved Moa Claw Taste Like Its Halo Counterpart? 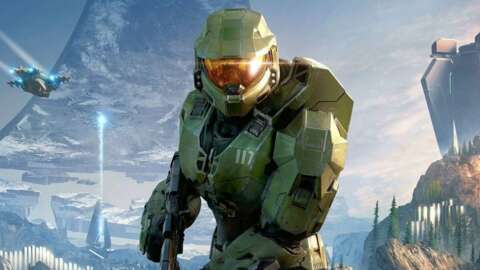 Several months ago, Pringles and Microsoft partnered to release a flavor based on an extinct bird seen in the Halo franchise–a bird that also happens, in a somewhat different form, to actually exist. It has long been extinct, but a remarkably well-preserved claw still contains muscle and skin, and we’re going to try to eat it.

Dubbed the Mount Owen Claw, the preserved specimen was discovered back in 1987, which we’re hoping means the dry-aging process has only made it more delicious. In actuality, the claw had likely been there for more than 3,000 years. Typically, these sorts of remains would decay, leaving behind bones to eventually fossilize, but very particular conditions can keep soft tissue intact, too.

A group of archaeologists discovered this 3,300 year old claw of the now-extinct bird,”Moa”, with flesh and muscles still attached to it. pic.twitter.com/8SINyP9JEX

The Moa birds found in Halo–specifically the prequel Reach–don’t really resemble what we think real Moa birds looked like–but they have the same name, and that’s good enough for us to want to turn the foot into a burger or flavor dust to cover our snacks.

Still, there is something Halo-y about the real bird’s claw. It resembles the Jackal’s claw, perfect for grabbing an energy shield or a plasma pistol.

Despite the marketing campaign with Pringles in the very long pre-release period for Halo Infinite, you won’t be hunting or crafting in the campaign, and the Pringles were very much just a novelty.

Halo Infinite releases–after a year-long delay–this fall for Xbox One, Xbox Series X|S, and PC, and it will be free with Game Pass.