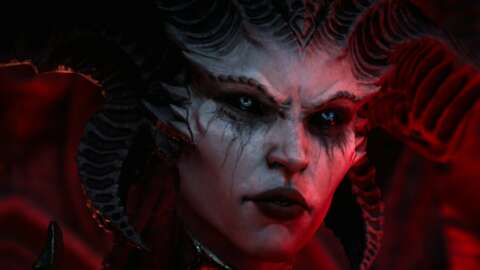 Diablo IV has a new game director in Joe Shely, who previously worked as a lead designer for Diablo III. The news comes as part of a Diablo IV quarterly update focused on the sound design of the upcoming action-RPG.

“As a design lead who has been working on this dark, shared, open world action role-playing game from the beginning, I’m honored to continue the vision of Diablo IV as its new Game Director, and I’m humbled to represent the team pouring their hearts into this game,” Shely says in the update.

Shely is a Blizzard veteran, having joined the company in 2005 and having worked on games like World of Warcraft and Diablo III. He replaces former Diablo IV game director Luis Barriga, who departed Blizzard following allegations related to a state of California lawsuit accusing Activision Blizzard of widespread sexual harassment and discrimination against women.

The rest of the quarterly update focuses on how the Diablo IV team is looking to bring the sounds of the dark fantasy world of Sanctuary to life. Diablo IV sound supervisor Kris Giampa dives deep in the update on how the team approached capturing the dark tone of Diablo, while also sharing a sneak peak at sounds associated with various monsters players will be encountering and the audio for several fire-based skills. The update additionally includes a sneak peak at some of the ambient sounds that players will hear in various environments throughout the game.

“One of the audio pillars for Diablo IV is “Living Audio”,” Giampa writes in the update. “What this means is that the soundscape is ever evolving and never static. This pillar is built deep into the sound design variations we create for all types [of] sounds, including when it plays back real-time in the game— especially the ambience. Because of the importance of the massive open world, we wanted to give the ambience as much detail as possible and think of it on the same level of Hero sound design. Having the audio and the systems changing subtly over time is key to this pillar. We always want the subtle changes in ambience (that might not be very noticeable) less repeatable and feel more natural and immersive overall.”

Diablo IV’s next quarterly update will focus on endgame systems and visual effects, of which Shely writes there is “a lot we’re excited to share.” Diablo II: Resurrected, a faithful remake of the classic RPG with updated visuals and smaller quality-of-life improvements, released on September 23. Diablo IV does not currently have a release date.